Ed Wilusz, ASA, CFA, MBA, is the Managing Director and Founder of Value Management Inc., an investment banking and business valuation advisory firm. He has been active in this field since 1980. He has conducted, supervised or reviewed thousands of business appraisals and been involved in hundr... 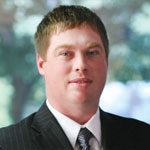 Daniel has more than 15 years of valuation experience and is an expert on valuation issues related to Employee Stock Ownership Plans (“ESOPs”). He has been engaged by various ESOP trustees to work on transactions ranging from $1 million to $200 million in enterprise value.

In brief, I have 30 years of experience as a business appraiser. During this time, I have valued companies and business interests that have ranged from a few hundred thousand dollars to a few billion dollars.

Chris Mellen co-authored "Valuation for M&A: Building & Measuring Private Company Value." He has also authored several published articles on valuation-related matters, led over 100 seminars, and provided expert testimony in court. He is an active member of the AITF a... 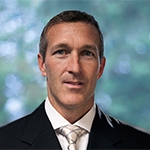 Wayne has provided valuation and consulting services since 2001. He has extensive experience with employee stock ownership plans, p...

Lindy specializes in valuation and consulting for ESOP companies and those exploring employee ownership. Her expertise in ESOP valuation combines technical excellence with a personable approach, providing resources to ESOP companies at any stage. Lindy’s background includes over twenty-f... 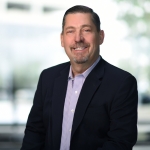 Chris brings to Acuity Advisors and its clients over 30 years of financial advisory and investment banking experience. He has extensive expertise in structuring and negotiating transactions across a wide variety of industries, and has prepared financial opinions addressing the value of common ...

Jade has extensive valuation experience related to Employee Stock Ownership Plans (“ESOPs”) and has been engaged by several institutional and independent ESOP trustees for new formation transactions, additional interest acquisitions, and annual valuations, as well as for ESOP termi... 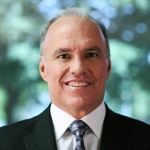 Chris Best has provided business valuation services to privately held businesses since 1987. He is a leading authority on the valuation of businesses that sponsor employee stock ownership plans and the review of ESOP valuation reports for credibility and compliance with standards. M...
Andy Manchir - Katz, Sapper & Miller

ESOP Valuation in Indianapolis, IN

Andy Manchir serves as director in Katz, Sapper & Miller’s Valuation and ESOP Services Groups. Andy advises clients on business valuation and strategy and advises them on succession planning options, including ESOP, third-party sales, or family transitions. He has extensive experienc...

In the process of planning and implementing an ESOP, the importance of an accurate ESOP valuation is impossible to overestimate. A valuation is necessary to determine the feasibility and cost of an ESOP, its impact on your company's future cash flow, the optimal share price for distribution, as well as the fairness of the plan for all your employees.

An accurate valuation will help you plan pay-outs and ensure compliance with government regulations, while an inaccurate valuation can lead your company to take on excessive obligations and expose the company to needless Department of Labor challenges.  The rules for valuating a company are complex and tedious, requiring more checks and balances than otherwise offered.

An ESOP can be a great device to transfer ownership of your company to your employees, raising morale and improving executive retention. Make sure that you're going in with your eyes open by contacting one of our experienced ESOP valuation specialists for an accurate and forward-thinking assessment.

Whether you are considering being an ESOP, or are an ESOP, there are times when a business needs a good advisor that they don't already have.  Our VALUATION and other categories represent the best advisors we could find.  Our ESOP Advisors have been checked and vetted to assure business owners and their advisors that the person they are looking at is competent, trustworthy and respected in the ESOP Community.  There are hundreds of Advisors out there offering ESOP related advice, but we have invited only the few who REALLY do many ESOPs to be placed on this site.  As you look at the maps, you will see different colors or levels of pins on the page.  Those pins in Blue or Red have financially participated in this website to assure the reader that they are committed to ESOPs, are continually educated themselves to keep up with the ever changing laws and practices, and want you to know they are equally committed to helping you with your ESOP or company issues.  The Blue and Red pins also represent they have exposed themselves to the condition of having their references checked and shared with you.  The staff at ESOP Marketplace check the references by calling and interviewing them, and then asking them to rate the participant on a scale of 1-5, 5 being the highest rating.  Knowing more about an advisor before you select them will help reduce, but not eliminate the risks of hiring a professional ESOP Advisor.  Our Advisors and Users agree to our terms and conditions by using our family of websites.